Research indicates that characteristics we are born with have more influence on our personality and development than any experience we may have in our life. Which do you consider to be the major influence? 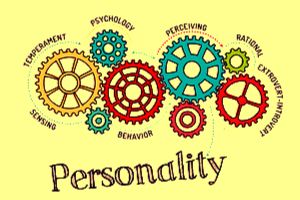 Personality is a set of characteristics that reflect the way we think and act in a given situation. It is formed by four basic elements that are physical environment, heredity, culture and particular experiences. An individual develops his personality with a combination of these four aspects. When an individual is encountered with different situations he responds to them uniquely. These responses develop into habits and thus form a personality type. For example when Mahatma Gandhi was humiliated and thrown out of the train for riding first class, he responded strongly in a non violent way, and started a freedom struggle. That was a turning point in his life that shaped his personality and destiny.

With the new experience, a person develops new habits, develops etiquette and forms new attitudes. These are the stepping stones to form a personality. It has been noted that, whatever a child imbibes during the first seven years, forms the foundation of his personality. The new observations and experiences make a lasting impression on his mind. For instance Thomas Edison was expelled from the school during his childhood, but his mother didn’t make him realize about the fact. She encouraged and taught Edison at home, who turned out to become one of the world’s greatest scientist.

To recapitulate, it can be said that genetic traits do affect the personality of a person to some extent, but the environment in which he is brought up and the experiences that a person go through, deeply impact the personality.